Employers In Waterloo Region Are Having A Tough Time Filling Vacancies 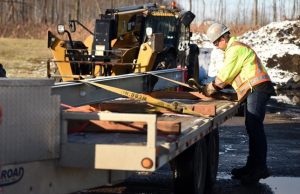 Hundreds of companies in Waterloo Region have jobs to fill, but they’re having an increasingly tough time finding the right candidates for those jobs.

According to a new report from the Workforce Planning Board of Waterloo Wellington Dufferin, about 65 per cent of 542 employers surveyed last year had positions that were difficult to fill during the previous 12 months.

“From an employers perspective it’s incredibly frustrating to know that positions you used to fill with no problem are now harder to fill, and you have to spend more money to recruit people,” said Charlene Hofbauer, the planning board’s chief executive officer.

Luke Shantz, president of Arcadian Projects in Baden, is one of those employers looking to hire. The multi-trade contracting company focuses on renewable energy projects and Shantz wants to hire six people for plumbing, HVAC, and millwright positions.

“There’s a major shortage of trades folks across the board,” Shantz said. “We’re in a busy, hectic market in the tri-cities … we run ads, use the online (job) platforms, but there’s only so many people out there and we have a big void to fill.”

Arcadian currently employs about 50 tradespeople and several other office staff and project managers.

Check out my breakfast seminar hosted by KW Chamber of Commerce and Immigration Partnership Council for hiring and retaining employees on Jan 21, 2020 https://greaterkwchamber.com/networking-events/events-calendar/#id=1783&wid=401&cid=325