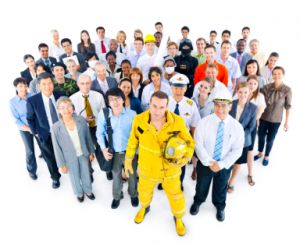 In April 2011, Employment and Social Development Canada (then known as Human Resources Development and Skills/Service Canada) made some significant changes to LMO process and requirements.  Since then, LMO process has gone through further changes, as recent as July 31st, 2013, with a new filing fee of $275.00 per application per occupation, for example.

Employer Compliance Review (ECR) was initially introduced as a voluntary program; but quickly became a mandatory program when an employer needs to renew a LMO to be assessed on the Substantially the Same (STS) test.  As of June of 2013, it is a reality for many employers with foreign workers to expect ECR as a part of hiring a foreign worker.

As of December 31st, 2013, there will now be legislative power to inspect deeper and broader under a proposed section 209 under the Immigration Refugee Protection Regulation.

Under the regulation, it would give Service Canada the power to inspect and examine if any reasonable suspicion is raised, even by a way of random verification.  Even if an employer is “complied” under the ECR, if inspection shows further information such as a discrepancy between “salary amount” and workhour sheet, then the STS test may not be successful in the end.  Furthermore, if inspection finds any breaches in provincial/territorial employment or recruitment requirements, then such information may be shared to appropriate agencies, which may lead to such employer onto the “Black List” (or Ineligible Employers for temporary foreign workers for two years). Such inspection may include warrantless search into employer’s premises including residential premises if applicable.  In addition, whereas the current ECR is based on 2 years compliance review, the new change will make such examination period to 6 years.

Furthermore, under this new section, the Minister may issue a Ministrial Instruction, just as Citizenship and Immigration Canada does, to create tools to enforce.  Currently, three such tools were proposed:

(1)    A right to suspend an issued positive LMO, upon reasonable suspicion or “discomfort” by LMO officers based on newly information from inspection, to put a “pause” on processing the work permit on such issued LMO;

(2)    A right to revoke an issued positive LMO on a balance of probability after considering original LMO criteria in light of new information by inspection; or/and

(3)    A right to exclude any application based on occupation, region, industrial sectors, temporary or permanent, or whatever criteria, as long as labour market information is reasonably supportive of such exclusion – for example, sex trade LMO is permanently excluded.

It is critical, more than ever, that any employer with foreign workers be vigilant, prepared, and pro-active in meeting the ECR – as well as potential liabilities flowing from non-compliance, insufficient record keeping or naïve hope of meeting ever-changing and ever-restrictive LMO environment in coming future.