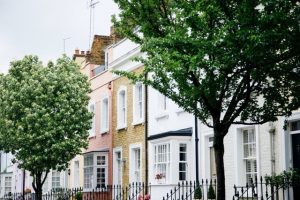 Ottawa, April 28, 2017— The Government of Canada has removed the condition that applied to some sponsored spouses or partners of Canadian citizens and permanent residents to live with their sponsor in order to keep their permanent resident status.

Under the old regulation, you had to live with your sponsor for two years if, at the time you applied:

The condition was introduced as a means to deter people from seeking to immigrate to Canada through non-genuine relationships. By removing the condition, the Government recognizes that, while cases of marriage fraud exist, the majority of relationships are genuine and most spousal sponsorship applications are made in good faith.

Effective today, conditional permanent residence no longer applies to anyone, whether:

You don’t need to do anything. We just want you to know.

If you receive your Confirmation of Permanent Residence on or after April 18, 2017 and it indicates that you “must cohabit in a conjugal relationship with your sponsor or partner for a continuous period of 2 years after the day on which you became a PR”, this requirement no longer applies to you.

In order to uphold the integrity of the immigration system, the Government will continue to investigate allegations of marriage fraud. To report fraud, including marriage fraud, contact the Canada Border Services Agency Border Watch Toll-Free Line at 1-888-502-9060.

What to do if you’re in an abusive situation

In Canada, abuse is not tolerated. If you are a sponsored spouse or partner and are experiencing abuse or neglect by your sponsor or their family, you do not have to remain in that abusive situation. Find out how to get help.