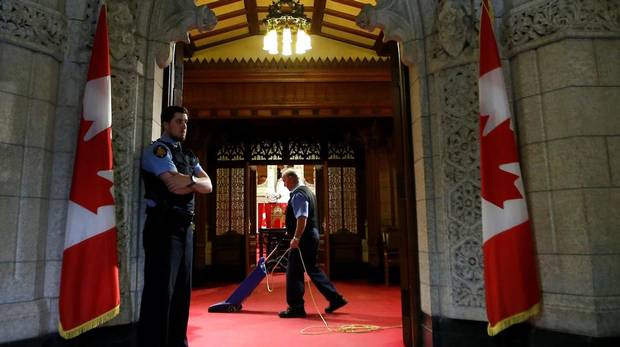 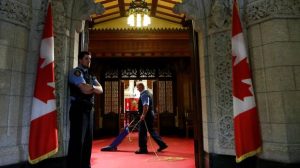 A worker vacuums in the Senate chamber on Parliament Hill in Ottawa, on May 3, 2016.
(CHRIS WATTIE/REUTERS)

The Senate voted to pass Bill C-6 Wednesday, with 45 senators voting in support of the legislation, 29 against, and no abstentions. The wide-ranging bill would repeal many parts of the former Conservative government’s citizenship legislation, including a provision that revoked citizenship from dual Canadian citizens convicted of terrorism, treason or espionage.

An attempt by Conservative Senator Daniel Lang essentially proposing the government maintain that power was defeated Tuesday during a debate in the Red Chamber.

Opinion: Canadian citizenship must be a constitutional right

If passed, the proposed legislation would automatically reinstate citizenship for dual nationals like Zakaria Amara, a member of the so-called Toronto 18 who planned to bomb downtown Toronto and had his citizenship revoked last fall under the Conservatives’ Bill C-24. The Liberals have continued to stand by the proposal amidst criticism from the Conservatives, with cabinet ministers and Prime Minister Justin Trudeau repeatedly saying that “a Canadian is a Canadian is a Canadian.”

The bill now heads back to the House of Commons for review, where MPs can accept, reject or modify the Senate’s amendments. It’s not clear how the government will respond to the changes.

The initial version of the Liberals’ bill did not address this change – something the Senate managed to change.

Independent Senator Elaine McCoy tabled an amendment ensuring that a court hearing is given to people facing citizenship revocation on the grounds of false representation or fraud.

“It is the perfect example of the Senate doing exactly what their job is supposed to be, which is to look at the work the House of Commons has done on a bill and give it second thought,” said Josh Paterson, executive director of the British Columbia Civil Liberties Association.

Immigration Minister Ahmed Hussen has said the government will consider the amendment when the bill comes back to the House. Meanwhile, the government continues to revoke the citizenship of Canadians who misrepresented themselves in their applications, without a hearing. Last year, Ottawa refused to grant a moratorium on revocations until Bill C-6 passed.

Another amendment, tabled by Conservative Senator Victor Oh, would allow minors to apply for citizenship without the help of their parents. Under current laws, parents and children are treated like a package deal when applying for citizenship. If the parent’s citizenship application is rejected, the child can’t get citizenship either and has to wait until the age of 18 to apply again.

Richard Kurland, a Vancouver-based immigration lawyer, said the law is detrimental to children of immigrants who have grown up in Canada and wish to stay here, even if their parents don’t.

“If you have grown up in Canada your entire life, why can’t you sign your own Canadian citizenship application? Where’s the magic in having mummy and daddy sign for you?” Mr. Kurland said.

A third amendment, proposed by Independent Senator Diane Griffin, changes the age limit of language testing. Under the current law, immigrants aged 14 to 64 are required to meet language requirements in English or French. The Liberals proposed to change that age range to 18 to 54, but Ms. Griffin’s amendment upped the age cap to 60.

Mr. Hussen’s office would not say how it intends to respond to the bill’s amendments or anticipated timelines for its passage in the House. After the House approves the bill, it will go back to the Senate for rubber-stamping and become law.