The Main Purpose of a Study Permit in Canada is to Study in Canada – A Simple Yet Important Fact.

Canada issued Anass El Kamel a student visa to study at the Université de Moncton, but the Moroccan man never attended a single class or even lived in New Brunswick. 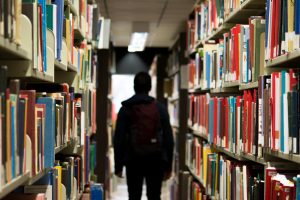 Instead, upon arriving in Canada in 2017, he settled in Montreal and got a job with a parking management company, claiming illness prevented him from starting school. Immigration officials tracked him down and ordered him to leave Canada a year later for failing to “actively” study as his visa required.

A Federal Court decision against El Kamel stated, “The (education) program he was to complete in Canada was not of great concern to him. He simply wanted to quickly complete a program so that he could then apply for permanent residence in Canada.”

El Kamel is clearly not the only international student with that intent. For the first time, an internal 2018 government report reveals data on the possible misuse of student visas to gain access to Canada.

According to the report from Immigration, Refugees and Citizenship Canada, obtained under an access to information request, roughly 10 per cent of international students enrolled in post-secondary institutions are “potentially” not complying with the conditions of their study permits for anything from academic suspensions to no-shows. But the number of students breaking the rules is likely higher because schools fail to report the enrolment status of up to 20 per cent of international students.

Price of Admission, an ongoing joint investigation by the Toronto Star and the St. Catharines Standard this fall, looked at the exponential growth of international students, particularly in the Ontario college system, and its impacts on Canada’s immigration and education systems. Reporting found evidence of students using their study permits as a pathway for jobs and permanent residence in Canada.

Read the rest of the article here.

For your specific situations, please contact our office for a full consultation, since this information is general information only.