U.S. Doubles Number of 5-year Bans on Travellers From Canada

The number of travellers from Canada hit with a long-term ban when trying to enter the U.S. has almost doubled, new data shows. 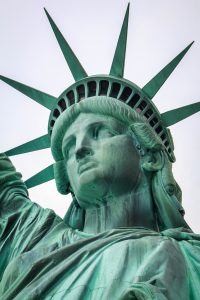 Between October 2018 and September 2019, U.S. border officers issued expedited removals — which “generally” result in a minimum five-year ban — to 616 travellers attempting to enter the U.S. by land from Canada. That’s an almost 100 per cent increase compared with 312 in the previous 12-month period. The statistics were provided by U.S. Customs and Border Protection (CBP).

The spike in expedited removals — which are issued without a hearing — comes as no surprise to some immigration lawyers, who say that in their experience, suspect cases that used to result in a simple denied entry can now lead to a five-year ban.

“If they just think you’re being sneaky, that’s all it takes,” said Vancouver-based immigration lawyer Andrew Hayes. “The benefit of the doubt is not being afforded to people.”

CBP offered no explanation for the surge in expedited removals, telling CBC News there have been no recent policy changes.