‘Why is this happening to me?’ Immigration issues keep B.C. man and wife apart for 20 years of marriage 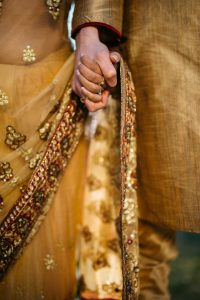 Paramjit Basanti has been married to his wife for over 20 years.

In all that time, they’ve only been together about 18 months because multiple attempts to sponsor her for Canadian permanent residency have failed.

“My eyes get watery overnight. I can’t sleep,” Basanti, 68, said in his native Punjabi through a translator.

“My mind keeps thinking about all these things: other people, my friends, they have families and they’ve got grandkids.”

Paramjit Basanti, a Canadian living in Surrey, B.C., wed Charanjit Kular — an Indian citizen who is now 52 — in an arranged marriage in February 1999.

Since then, he has tried to sponsor her five times. All five times, she was rejected.

His lawyer, Narindar Kang, said it’s a symptom of the Canadian immigration system’s misplaced focus on preventing “bad faith” marriages. Those are marriages where a couple marries solely to get one partner Canadian citizenship with no intention of staying together.

“I think it’s the most egregious example I’ve ever seen,” Kang said. “This couple should be reunited after so many years.”

Kang, along with two other lawyers not connected with the case, told CBC News the Basantis’ situation is not unique.