By April – Plan to Amend Immigration Policy Re: Medical Status 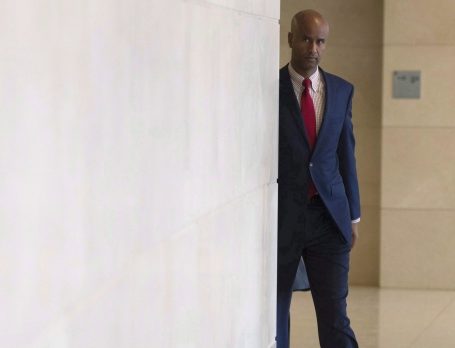 This post is an excerpt from an article originally posted by Kathleen Harris for CBC News on February 16, 2018. To read the full article, click here.

Immigration Minister Ahmed Hussen said today he will present a plan by April to amend an outdated policy that excludes immigrants based on their medical conditions — but the NDP wants quicker action to end the “discriminatory” clause.

NDP immigration critic Jenny Kwan held a news conference today calling on the government to repeal a section of the Immigration and Refugee Protection Act that allows applicants to be rejected because they could impose an “excessive demand” on the health care system.

She said the issue has been on the government’s radar since 2016, yet the “discriminatory” policy that causes “heartache and hardship” remains.

The House of Commons studied the issue last fall, when Hussen told the immigration committee the government was committed to ditching the 40-year-old policy. He said at the time it “does not align with our country’s values of inclusion of person with disabilities in Canadian society.”

Today, Hussen said the government is working on a response and will present its plan by April 12.

“How we do that is equally important, because this affects provincial health care and social service budgets and we have to do it in line with what the provinces are willing to do,” he said…