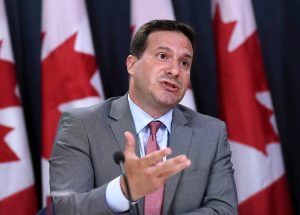 The federal government plans to bring in a new immigration program that will allow cities and towns to pick newcomers based on local labour needs.

The plan is to give local communities, chambers of commerce and labour councils a say in the selection of immigrants, helping them match newcomers with labour needs in various communities. At least 5,000 new spaces will be created for the program, according to the mandate letter.

Mendicino said this new pathway to permanent residency is another example of innovation in Canada’s immigration programs, one that allows the system “to draw on local experiences, expertise, capacities to understand where are the labour shortages, where are the economic opportunities and how that information can help us select individuals who wish to come to Canada to ply their trade, to fulfil their opportunity.”

According to data provided by Immigration, Refugees and Citizenship Canada (IRCC), the worker-to-retiree ratio in Canada is now 4:1, but is projected to fall to 2:1 in 2035.