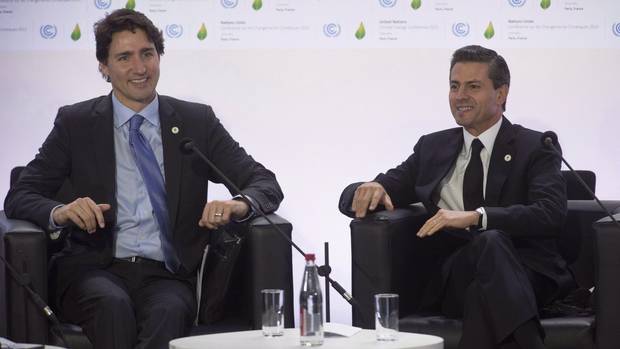 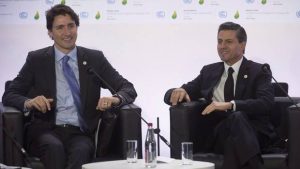 Canada will lift visa restrictions for Mexican travellers effective Dec. 1, providing that President Enrique Pena Nieto offers assurances there won’t be a flood of people from Mexico claiming refugee status. But government insiders say the Trudeau government is prepared to reimpose the restrictions if the number of asylum seekers jumps above a set level.

Sources say officials in Citizenship and Immigration opposed the move, warning that Mexico’s low standard of living, poor human-rights record and high crime rates will drive Mexicans to seek refuge in Canada. The officials also expressed concern that asylum seekers in other Latin American countries, wishing to gain entry to Canada, could take advantage of Mexico’s weak passport system without having to undergo Canada’s rigorous visa screening. They told the federal cabinet that removing visa restrictions – imposed by the former Conservative government in 2009 to stem a spike in refugee claims – would result in 3,500 asylum claims in 2017, up to 6,000 the following year and 9,000 in 2019.

The Liberal cabinet overrode the bureaucrats but set specific conditions for Mexico to meet, including a partial reimposition of visas if asylum seekers reach a threshold of 3,500 within any 12-month period. Low-risk travellers, having either a valid U.S. visa or a 10-year Canadian visa, would be eligible for an electronic travel authorization.

Sources say Mr. Nieto, who arrives in Canada on Monday, has assured the Canadian government that Mexico will share security and background information on Mexicans travellers, similar to what is done between Canada and the United States.

Mexico will also issue travel warnings to its citizens, explaining that Canada is not an easy country in which to seek refugee status and they must abide by Canadian laws, sources say.

“We are trying to make sure the onus is on them to make sure it is legitimate travel,” a senior government official told The Globe and Mail. The official acknowledged there was pushback from Citizen and Immigration officials, but attributed that to years of working for the Harper Conservatives, which took a hardline approach to bogus refugee claims.

At a news conference in Ottawa on Wednesday, Prime Minister Justin Trudeau said he and Mr. Nieto “will work to fix some of the challenges that have been going on for too long, like the visa issues.”

Sources say the visa agreement will be announced on Tuesday after bilateral talks between the two leaders. The visa issue has been a sore point with the Mexicans, which the Prime Minister promised to rescind in an effort to develop a much closer relationship with Mexico.