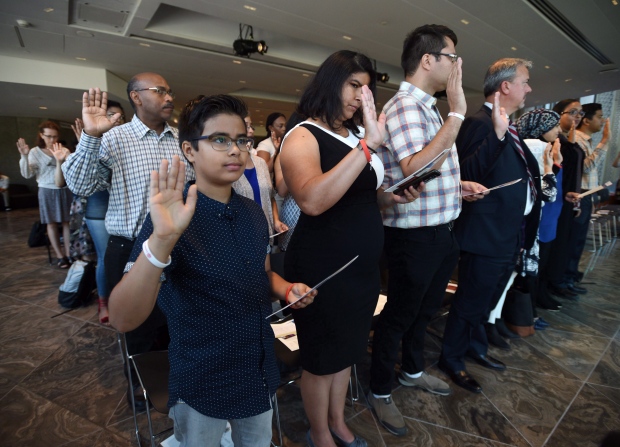 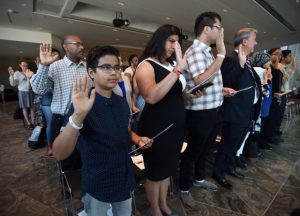 “Canada will welcome nearly one million immigrants over the next three years, according to the multi-year strategy tabled by the Liberal government today in what it calls “the most ambitious immigration levels in recent history.”

The targets for economic migrants, refugees and family members was tabled in the House of Commons Wednesday afternoon.

Hussen said the new targets will bring Canada’s immigration to nearly one per cent of the population by 2020, which will help offset an aging demographic. He called it a historic and responsible plan and “the most ambitious” in recent history.

“Our government believes that newcomers play a vital role in our society,” Hussen said. “Five million Canadians are set to retire by 2035 and we have fewer people working to support seniors and retirees.”

Hussen said immigration drives innovation and strengthens the economy, rejecting some claims that newcomers drain Canada’s resources and become a burden on society.

The federal government’s own Advisory Council on Economic Growth had recommended upping levels to reach 450,000 newcomers annually by 2021. Hussen said the government is taking a more gradual approach to ensure successful integration.

“At arriving at these numbers we listened very carefully to all stakeholders who told us they want to see an increase but they also want to make sure that each and every newcomer that we bring to Canada — bringing a newcomer to Canada is half of the job. We have to make sure that people are able to be given the tools that they need to succeed once they get here,” he said…”

The article goes on to say that there will be an emphasis placed on effective immigrant integration, maintaining a longer-term outlook (and plan), and fostering growth and innovation. To read the full article, click here.