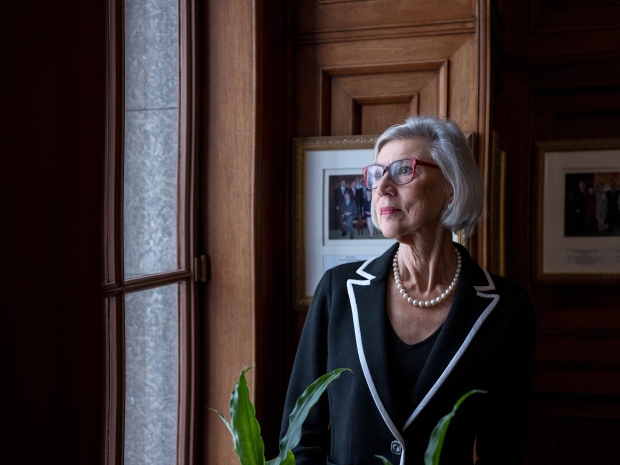 This post is an excerpt from an article (including images) originally posted by CBC News on December 17th, 2017. To read the full article, click here. 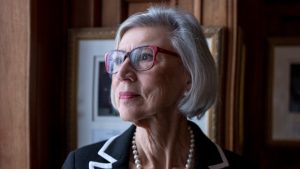 “Beverley McLachlin was instrumental in Canada’s most important legal decisions for nearly three decades, helping to shape the laws of the land, the powers of the government and the constitutional rights of every Canadian. McLachlin retired Friday after 28 years on the Supreme Court, including 17 as chief justice. She sat down for a wide-ranging interview with The National’s co-host Rosemary Barton. Here are some of the highlights.

Q: Would you agree that there is a problem with judges not understanding or properly applying sexual assault law and jurisprudence, and if so, how do we fix that?
A: I do believe that 99 per cent of the judges are very, very cognizant of the issues involved…But occasionally we’ve had instances where a particular judge has shown that he is influenced by stereotypes and myths of the past. We’ve been working for decades to eradicate this, both in parliament and among the judges… The key, I believe, is in early judicial education. What we mean by that is sensitizing judges to the issues that come up in sexual assault trials — how to handle them, how victims and complainants feel, how difficult it is for them to come forward with their story. And we are working very, very hard to ensure that every judge who goes on the bench and hears this sort of a trial will be totally sensitized and appreciative of all these difficulties.

Q: In May of 2015 there was a speech where you talked about the cultural genocide on Indigenous people. And there were some people that were critical, not necessarily because of the language but of the fact that you said anything at all. Why did you use that language?
A: I didn’t think I was saying anything very remarkable, because everyone agrees that these things happened in history … so I was a bit surprised by the reaction… I spoke about laws that were on the books in the 19th century and the early 20th century that undermined and actually denied Indigenous cultural practices. So the emphasis was on the undermining of culture, the unique culture of different indigenous peoples…

I think we need to understand that we did that in the past, so that we can move on and make sure we don’t do it in the future. Things like laws that eradicated the sun dances, and said you couldn’t do the potlatch, that took children away from their cultures and homes and put them in residential schools where they were not allowed to speak their language or see their parents…I wasn’t condemning those people, I think everybody acted out of good motives. But we need to understand where we were, and the progress we’re making in our journey of reconciliation toward where we hope to be. 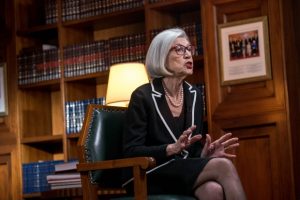 Q: Conservatives believe that you became an activist chief justice, and that the court became activist.
A: …We have always tried, and I have always tried, to give great respect to the wishes of Parliament and the legislatures, and our jurisprudence is full of this. And it is only where there is clearly an inconsistency of the basic principles and rights that we say there is an inconsistency — and even then we’ve modified remedies, we suspend declarations, we suggest guidelines for fixing it up in new legislation. So I think we obviously have new powers, powers that weren’t there before ’82. Have we been too activist? I don’t think, on the whole, the courts have been. I think they’re trying to do their job of upholding the Constitution and upholding the law.

Q: What will you miss the most?

A: Oh, I’ll miss a lot of things, but I’ll miss the judging, the ability to grapple with new and difficult issues that are coming down the track. I’ll have to stand there on the sidelines and watch others do it, and that will be something that will be hard…”