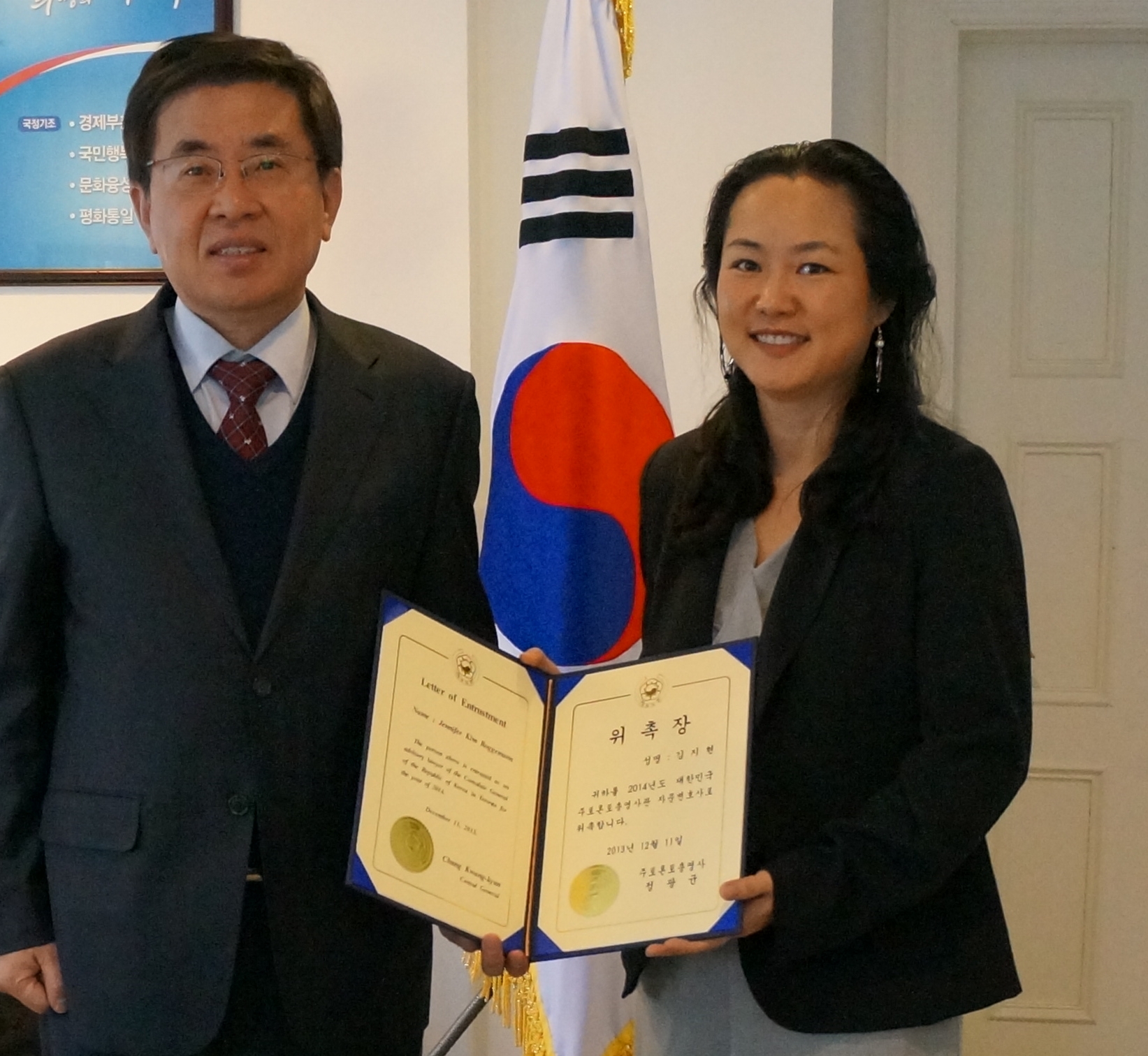 Jennifer got re-appointed as an advisory lawyer on immigration issues for Consulate General for South Korea in Toronto for the year 2014.

The event took place December 27th, 2013 in Toronto, ON and here are some photos of the ceremony.

It continues to be an honour and privilege for her to serve in this way.  She has been in this position since January of 2010 so this is her 5th year!