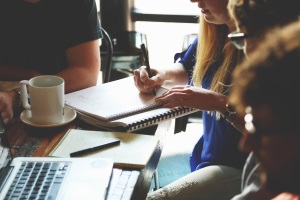 Improving access to job opportunities for Canadians and creating the conditions for growth will help families in the middle class and those working hard to join it. That’s why today, the Honourable John McCallum, Minister of Immigration, Refugees and Citizenship, and the Honourable MaryAnn Mihychuk, Minister of Employment, Workforce Development and Labour, announced first steps as part of the Government’s commitment to bring forward a suite of meaningful changes to make the Temporary Foreign Worker Program work for workers, for employers and for the Canadian economy. These initial improvements are being taken now while the Government continues to work on the development of a more comprehensive policy.

In order to prevent unnecessary hardship and instability for both workers and employers, the four-year cumulative duration rule will no longer apply to temporary foreign workers in Canada, effective immediately. The cumulative duration rule, known as the “four-in, four-out” rule, was put in place in April 2011, limiting work for some temporary foreign workers in Canada to four years who then became ineligible to work in Canada for the next four years.

For those temporary foreign workers who do not currently have access, the Government is committed to further developing pathways to permanent residency so that eligible applicants are able to more fully contribute to Canadian society. Work on this issue continues.

As part of our efforts to ensure that Canadians have first access to available job opportunities, the Government will require low-wage employers, where appropriate, to advertise to more than one, and up to four, under-represented groups in the workforce—youth, persons with disabilities, Indigenous people and newcomers. Employers will be advised when these changes are to come into effect.

The Government will maintain the cap on the proportion of low-wage temporary foreign workers that can be employed at a given worksite at 20 percent for employers who accessed the Program prior to June 20, 2014, and at 10 percent for new users of the Program after that date. The exemption on the cap for seasonal industries seeking temporary foreign workers for up to 180 days during the 2017 calendar year will be extended until December 31, 2017.

“In many ways, the four-year rule put a great deal of uncertainty and instability on both temporary workers and employers. We had the sense that it was an unnecessary burden on applicants and employers, and also on officers who process applications. The HUMA hearings confirmed it. We believe this important recommendation from the Committee requires rapid action, which we are taking today.”
– The Honourable John McCallum, Minister of Immigration, Refugees and Citizenship

“Our government is committed to making the Temporary Foreign Worker Program work for our economy. That means ensuring job opportunities are made available to Canadians first—in particular to groups typically under-represented in the labour market, like Indigenous people.”
– The Honourable MaryAnn Mihychuk, Minister of Employment, Workforce Development and Labour