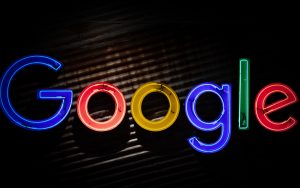 Google is upping its Canadian presence with a plan to open three new offices, giving it enough space to accommodate 5,000 employees by 2022.

The tech behemoth revealed Thursday that it will build a trio of new facilities in Montreal at 425 Viger Ave., in Toronto at 65 King Street E. and in the Kitchener and Waterloo area across from its current space on Breithaupt Street.

The Montreal and Toronto offices will replace Google’s existing facilities in those cities.

“Google began its business in Canada in 2001, when our office in Toronto was opened with one salesperson,” said Ruth Porat, the senior vice-president and chief financial officer at Google, in a blog post released just as she took the stage at Google’s current Toronto office to announce the company’s plans.

“Nineteen years later, we employ more than 1,500 people — including engineers, sales leaders and AI researchers — across three offices in Waterloo, Toronto and Montreal. Today we are pleased to announce that we’re expanding our presence in Canada…”

Google’s interest in the country comes as one of its affiliates, Sidewalk Labs, has proposed building a waterfront smart city in Toronto that may include another office for the company and as Canada is experiencing a tech office boom.

Shopify Inc. said last week that it will open its first permanent Vancouver office in 2020 and hire 1,000 people in the city. The Ottawa-based e-commerce company announced last year that it will lease about 23,597 square metres of space at The Well complex in Toronto to be built at Front St. West and Spadina Ave.

Meanwhile, MasterCard and the federal government will partner to open the Intelligence and Cyber Centre in Vancouver, storytelling platform Wattpad will bring an office to Halifax, and Amazon Inc. will bring its first fulfilment centre in Quebec — and 12th in the country — to Montreal’s Lachine neighbourhood by the end of 2020.

Commercial real estate services and investment firm CBRE Group said in 2019 that strong demand from tech companies for spaces in Canada had driven down the office vacancy rate to a record low.