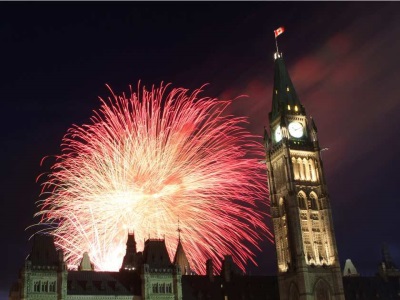 If more of us would only use cell phones, Canada might be the best country in the world.

As it stands, we’re a not-too-shabby second on the newly released 2016 Social Progress Index, trailing only Finland and far ahead of the United States, a much richer nation that staggers in at No. 19.

As it stands, we rate second on the newly released 2016 Social Progress Index, trailing only Finland. MIKE CARROCCETTO / OTTAWA CITIZEN

The index, published by the Social Progress Imperative, a U.S.-based nonprofit, uses 53 indicators to measure such things as health care, housing, policing, personal rights and tolerance in 133 countries. Canada ranks first or ties for first on 13 of those indicators.

“Canada is unequivocally one of the world’s most socially progressive countries and one of the best countries in the world to live,” said Michael Green, the index’s director.

“Second is a very impressive performance,’ Green said in an interview. “It does in a way dispel this myth that it’s only the Nordic countries that can do well on social progress.”

We might even have knocked off those pesky Finns for first overall but for a 25th place ranking on access to information and communications, a score depressed by our seriously low level of cell phone subscriptions (we rank 102nd globally).

“That’s a very simple aspect of social progress to fix,” Green said. “Many other countries, much poorer than Canada, have got much better levels of mobile phone subscriptions.” If we can improve that and a couple of other measures, Green said, “Perhaps top spot is beckoning.”

Here’s a closer look at the Social Progress Index and Canada’s ranking on it:

What we do well

Canada ranks first in the world in access to advanced education, due in part to our 27 globally ranked universities, the high number of college students who go on to study at top universities (47 per cent) and the number of years women spend in school (an average of 15.5). “Canada’s a clear number one there,” Green said.

We also have the lowest level of violent crime and lead the world when it comes to religious tolerance. Tolerance, in fact, is one of our strong suits: we’re second-best in our view of immigrants and third most tolerant towards homosexuals.

Though we’re No. 2 on personal rights, we scored first on all but one of the indicators that make up that measure, including political rights, freedom of speech and freedom of assembly.

Where we fall short

Aside from our low number of cell phones per person, we also lag on the environmental quality measure, ranking 32nd overall – second to last among G7 countries, ahead of only the U.S. We’re dragged down by high greenhouse gas emissions (77th) and poor protection of our biodiversity and habitat (90th).

As in many countries, obesity is an issue in Canada, though we’re doing OK – 13th in the world – on the broader health and welfare measure. (The U.S. ranks a dismal 68th.)

“Every country in the world is struggling with the issue of obesity,” Green said. “If you could solve that for next year, that would be a spectacular result to the world. But it might be a big challenge,” he acknowledged dryly.

Has our ranking improved?

Hard to say. We were number five last year, but methodological changes mean the 2016 index is not comparable to the one in 2015. Besides, the top 12 countries are quite tightly clustered, so small changes can lead to big changes in the rankings.

Why should we care?

While social progress broadly increases with GDP per capita, Green said, “GDP is not the whole story. There are a whole bunch of other things that matter.

“If you’re a policy maker, having a Social Policy Index to sit alongside your GDP figures can actually help you understand when and how economic growth is being turned into social progress.”

With Canada gearing up for its sesquicentennial in 2017, adopting the index would “fit in quite nicely with what Canada wants to be in the future,” Green said. “A measure of what people’s real quality of life is, to complement economic prosperity, can be really powerful.”