Man Deported To Netherlands After Nearly 6 Decades In Canada 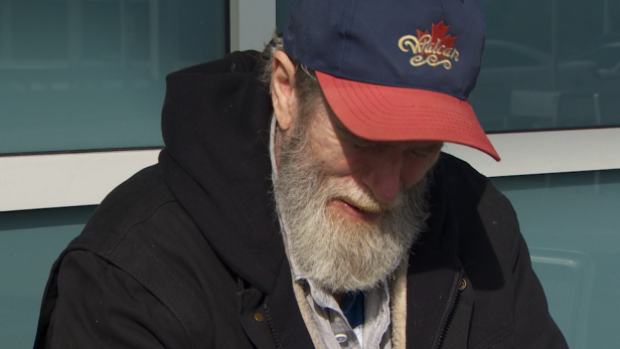 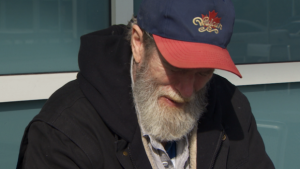 Len Van Heest tears up as he speaks at Vancouver International Airport about his deportation. Now 59, Van Heest, who has a string of criminal convictions that he says were due to his bipolar disorder, was ordered deported to the Netherlands after living much of his life in Canada. (Dillon Hodgin/CBC)

A 59-year-old B.C. man who had lived in Canada since he was a baby arrived in Amsterdam today after being deported to the Netherlands because of his criminal offences, which he says were due to his mental illness.

Len Van Heest was met at Amsterdam Airport Schiphol by his cousin Monique Lemstra, according to his brother, Daniel, who lives in North Vancouver.

“We have put in place a secure system for Len, where he feels secure and happy and is well cared for via our relatives in the Netherlands,” said Daniel Van Heest.

Len Van Heest will temporarily stay with Lemstra and then move in with other Dutch relatives.

He gave a tearful interview Monday at Vancouver International Airport.

“This is the only home I’ve ever known,” he said. “And they’re kicking me out now.”

“They’re sending me to a foreign country, they’re taking my mom away from me, all my friends. I’m devastated.”

Van Heest moved to Canada with his parents when he was eight months old, and the country is the only home he has ever known. His mother has said not getting him Canadian citizenship was an oversight on her part.

Van Heest was first ordered deported in January 2008 after he was found inadmissible to stay in Canada because of a 2001 conviction for assault with a weapon.

His is one of several cases in which immigrants face removal after the previous Conservative government toughened laws regarding the deportation of non-citizen criminals, his lawyer Peter Golden said in an earlier interview with CBC.

According to court documents, he was convicted of more than 40 criminal charges between 1976 and 2013. He was denied permanent Canadian residency because of his criminal record.

Van Heest said his crimes were the result of bipolar disorder, which he developed as a teenager. He served nine months for assault, but said he’s in control of his mental illness now and doesn’t drink or do drugs.

After years of delays, Van Heest’s latest motion to stay in Vancouver was denied last Thursday. He had applied for permanent residence status based on humanitarian and compassionate grounds…