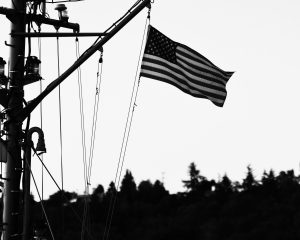 OTTAWA — U.S. President Donald Trump’s decision to slap visa restrictions on six new countries could affect immigration flows to Canada, if history is any indication, as those caught up in the changes find new reasons to come here.

Past U.S. immigration policy moves on Haiti and Iran saw asylum claims and student visa applications for Canada jump, and now Trump is targeting Nigeria, Sudan and Eritrea, already among the largest sources of refugee claims lodged by people crossing irregularly into Canada from the U.S.

Later this month, citizens of those and three other countries will be largely restricted from obtaining permanent residency in the U.S., though some will still be able to qualify for tourist and business visas.

Past internal government analysis of the border crossers found many hold U.S. visas, sometimes obtaining them expressly to travel to Canada to claim refugee status.

Now, with the door slamming shut on permanent residency in the U.S., more people could eye Canada, suggested Robert Falconer, an immigration researcher at the University of Calgary policy school.

“One of the potentially negative impacts is that I think we will see a reversal in the decline of (refugee) claims, especially from Nigeria,” he said.

“You could see people who thought they might be able to obtain a green card in the United States instead shift their prospects to Canada.”

Not all may seek asylum.

In 2017, Trump sharply restricted immigration from several countries, including Iran. The year before, 2,437 Iranians applied to Canada for a study permit. In the first 11 months of 2019, 13,277 people applied.

With Nigeria’s booming middle class, there could be a similar positive impact, said Falconer.

“We’re likely to see an increase in high-skilled individuals moving their prospects to Canada,” he said.