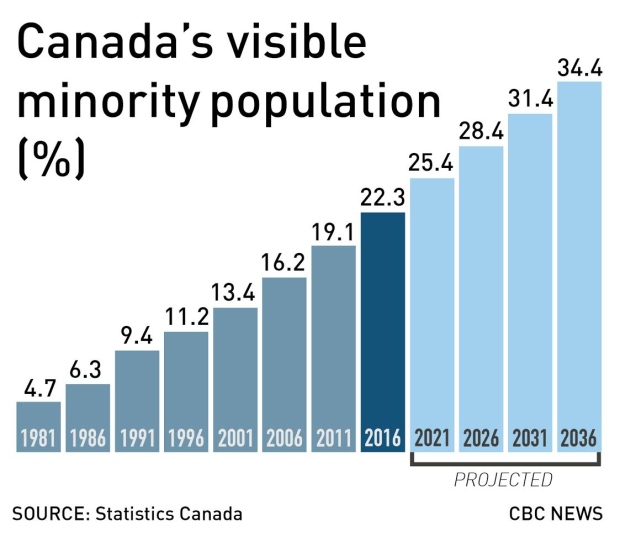 Original article and image posted by Eric Grenier on CBC on October 25th, 2017.

“The share of immigrants in Canada has reached its highest level in almost a century, according to 2016 census figures released Wednesday.

The numbers come just days before the annual immigration levels are set to be tabled in the House of Commons by the Liberal government. The levels were set at 300,000 per year in 2017.​