Stay Tuned: An Act To Amend The Citizen Act 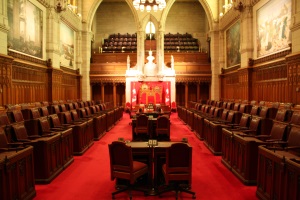 An Act to amend the Citizenship Act and to make consequential amendments to another Act:

This enactment amends the Citizenship Act to, among other things,

(a) remove the grounds for the revocation of Canadian citizenship that relate to national security;

(b) remove the requirement that an applicant intend, if granted citizenship, to continue to reside in Canada;

(d) limit the requirement to demonstrate knowledge of Canada and of one of its official languages to applicants between the ages of 18 and 54; and

It also makes consequential amendments to the Immigration and Refugee Protection Act.

“Bill C-6 passed third reading in the House on June 17 and first reading in the Senate on the same day. Unfortunately, the Senate has now adjourned sittings (presumably for the summer), so it seems likely that the bill is stalled until September. It appears that we have a few months to wait. Follow progress here

The question is whether it is better to hold off filing Citizenship applications until the Act is in force, so that the new rules will apply. My understanding is that the new Act will not retroactively apply to applications currently in process. The most notable issue there is the Intent to reside in Canada requirement. ” – Michael Greene, Q.C.