Waterloo Region Is The Fastest Growing Urban Area In Canada 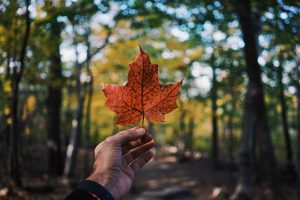 Waterloo Region was the fastest-growing urban area in the entire country, according to new data from Statistics Canada.

A new study looked at the growth in 35 census metropolitan areas, which are the biggest urban areas in the country with a population of 100,000 or more.

Waterloo Region topped the list, growing by 2.8 per cent from 2018 to 2019 to an estimated population of 584,259 as of July 1, 2019. The census metropolitan area designated by Statistics Canada does not include Wellesley Township.

That growth outpaces even the next two fastest-growing cities, both of which are in Ontario: London and Ottawa both saw population increases of 2.3 per cent. Growth in all 35 census metropolitan areas averaged 1.7 per cent, while growth was much slower in smaller communities and rural areas, where populations grew an average of 0.6 per cent.

“It just aligns with everything else we’ve been seeing happening in Waterloo Region,” said Matthew Chandy, manager of the region’s Office of Regional Economic Development. Growth in the labour market, increased construction activity and corporate expansions all reflect a growing population.

Rising populations can bring accompanying challenges in areas such as transportation and housing availability and affordability. Chandy said the importance of significant investments in transit infrastructure, such as the Ion light rail system, will be further emphasized as the region grows.